Something that I learned quickly was that Time Out London has a handy list of attractions that you can order alphabetically, not to say that I didn’t put hours of research into the first of a long list of great things to do in London but we did happen to go to the seventh thing on their list.

Vic tried to guess where we were going whilst on the tube, but to no avail until we came above ground at St John’s Wood where the news agents had taken the opportunity to sell some Beatles tat. Moving away from the plastic yellow submarines and fab four bobble heads we went in the direction of what we thought was the studios, this turned out to be just a random zebra crossing.

After the slight detour we arrived at the famous zebra crossing where we took our photos of us walking across and smiling like loons, intimating the album cover taken 44 years previously. Vic is a music lover and he said that it was mad that after living so close to Abby Road for so long and never going there to soak in the music history, this was great to hear as that meant no forfeit for me. It also summed up why we were doing this task, to get the most out of the best city in the world! 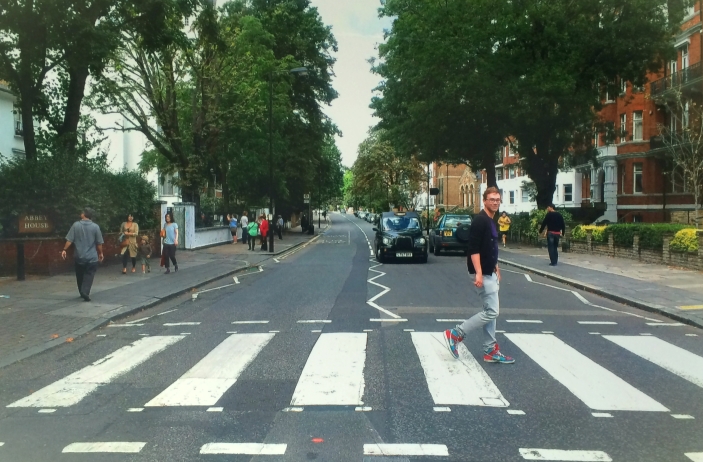 Vic seems to hate being seen as a tourist and having him waiting to take his turn for a photo like all the other sight seers made me smile knowing how awkward it was making him. After the photos were done we sat to watch the others take their photos and by doing so blocking the road. The cabbies gave a knowing smirk and white van men looked on annoyed as the traffic backed up, it felt very British and polite with no beeps or honks. 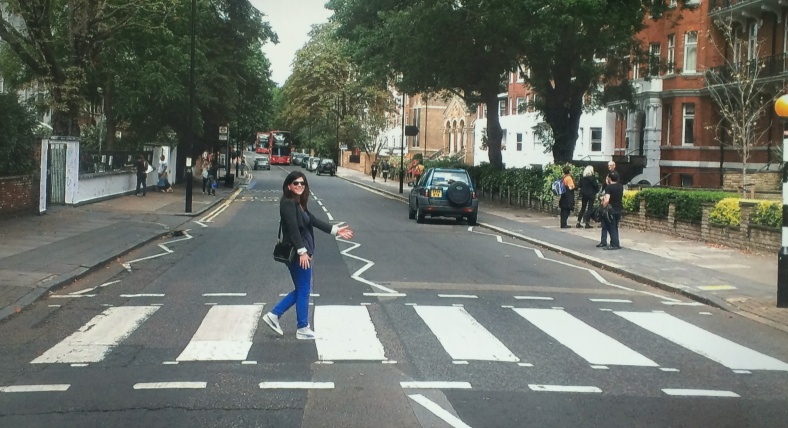 Although you can take tours round the studios but with tickets at over £85 we decided to go for a walk and explore St Johns Wood and found a great place for some brunch.

Harry Morgan is a great deli/cafe which is famous for their Chicken Soup and Salt beef I had the shakahuka, eggs cooked in pepper and tomato, which was a perfect brunch dish. We sat out side with our food and coffee and watched the world go by, in this case it is a very privileged world. Every 5 minutes a Range Rover would pull up and a tiny well pruned dog would jump out followed by an equally well pruned woman.

It was great to see a different section of London that I would have not walked through otherwise and this is just the first of 56 great days out.

Other ideas for A